Antonio Cueto introduces hip-hop artist Abhi The Nomad. Abhi lived all over the world from India to Fiji to France, but he never felt quite at home until he moved to Austin, Texas. 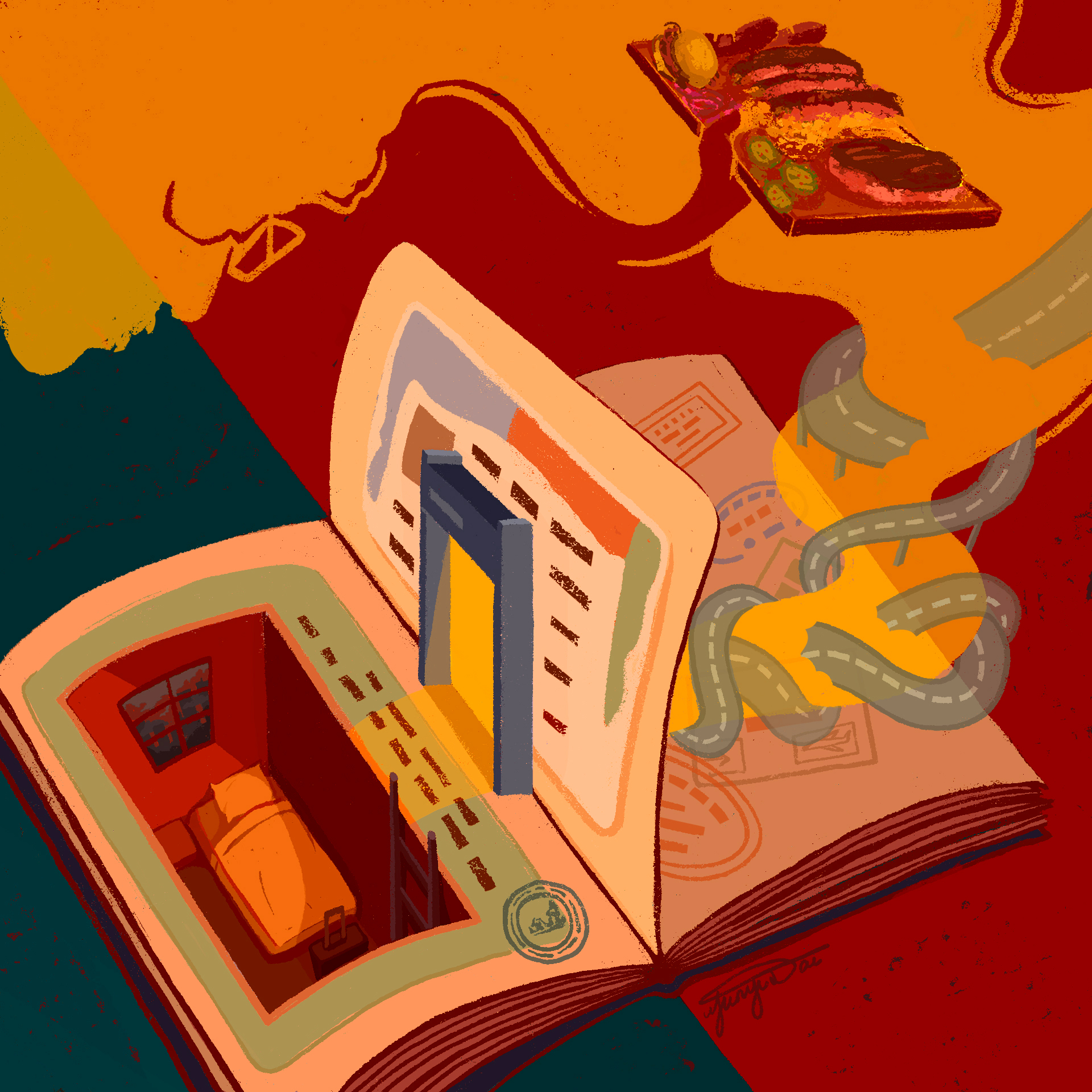 ABHI THE NOMAD FINDS A HOME IN AUSTIN

Indian rapper Abhi The Nomad spent most of his life feeling isolated —until he decided to move to Austin on a whim.

Abhi The Nomad Finds A Home In Austin

Hip-hop artist Abhi The Nomad, whose legal name is Abhi Sridharan Vaidehi, lived all over the world from India to Fiji to France, but he never felt quite at home until he moved to Austin, Texas.

Abhi left his home country of India at the age of four. The son of an Indian diplomat father, he lived a transitory life as a third culture kid, a term used for children whose parents work and move all over the world. Abhi grew up between India, Beijing, Hong Kong and the Fiji Islands.

“When I was growing up, shifting from country to country kind of messed me up a little bit,” Abhi says. “You don’t really have a sense of home or a sense of identity. You kind of have to cultivate that for yourself everywhere that you go.”

Art, whether it was drawing or music, became his only constant during his youth.

Having grown up in the 2000s during the bling era of hip-hop, Abhi wanted to get a taste of lavish life he had seen in music videos by the likes of 50 Cent and Kanye West. So he moved to Thousand Oaks, California, 15 miles outside of Los Angeles.

To his disappointment, he was shocked by how similar life in suburban America felt to other places where he had lived.

Uninterested in his surroundings, Abhi fell into complacency. He put aside his dreams of becoming a musician. It took a moment of clarity at a donut shop to remind himself of the reason for his move.

“There was always this donut place that we would go and the guy would just give me free donuts because he was also Indian,” Abhi says. “And one day I had built up somewhat of a weird body. I was insecure because I was eating donuts all the time and I was just thinking about where I actually wanted to be as opposed to what I was doing. And that’s when things started to kind of, amp up. I don’t think I really kicked myself into full speed (until) I realized that I had to get out of Thousand Oaks.”

His next step was to move to Los Angeles to start his music career. Unfortunately, Abhi’s time in the U.S. was running out.

“I was on a student visa and I graduated,” Abhi says. “I had to move from California back to India and then to France because my time in the United States had expired. It was a terrifying time because I had so many things lined up that I wanted to do that immediately went, ‘Poof.’ They were just gone. There was just not much happiness I could pull out of that situation.“

Abhi spent 2016 alone in France. He left behind his girlfriend and everyone he knew in California. He had no one. As he had done in his youth, Abhi used music to cope with his situation. From his tiny studio apartment in Lille, France, Abhi wrote the majority of his debut album Marbled.

“I felt like I was at rock bottom,” Abhi says. “So it gave me a good motivation to push myself to get back to the United States and make something of my life.”

He moved back to the United States in 2017 with another student visa.

“I chose to move to Austin on a complete whim,” Abhi says. “It was me and my girlfriend and she was in California at the time. We’d never been here, but we had heard there’s a lot of music, it would be great for my career and she wanted something fresh. So we’re like, ‘Okay, we’ll just pack up our stuff and go’ and that’s what we did.”

The second time Abhi The Nomad landed in the United States, he finally found a home in Austin, Texas.

“We drove here from California, so when we got to El Paso, we were like, ‘Yeah, we’re in Texas,’” Abhi says. “Then 10 hours later we got to Austin. We were like, ‘Wow, this is a big state’ and then we noticed, ‘Wow, they have big things here.’ We saw big gas stations, big freeways and big everything. There’s so much to do here and so many cool things to see. Then we went downtown and we were like, ‘Wow.’ I think we just fell in love with it.”

Once in Austin, Abhi The Nomad released “Marbled” in 2018. He is preparing to release his latest album “Modern Trash” in September. 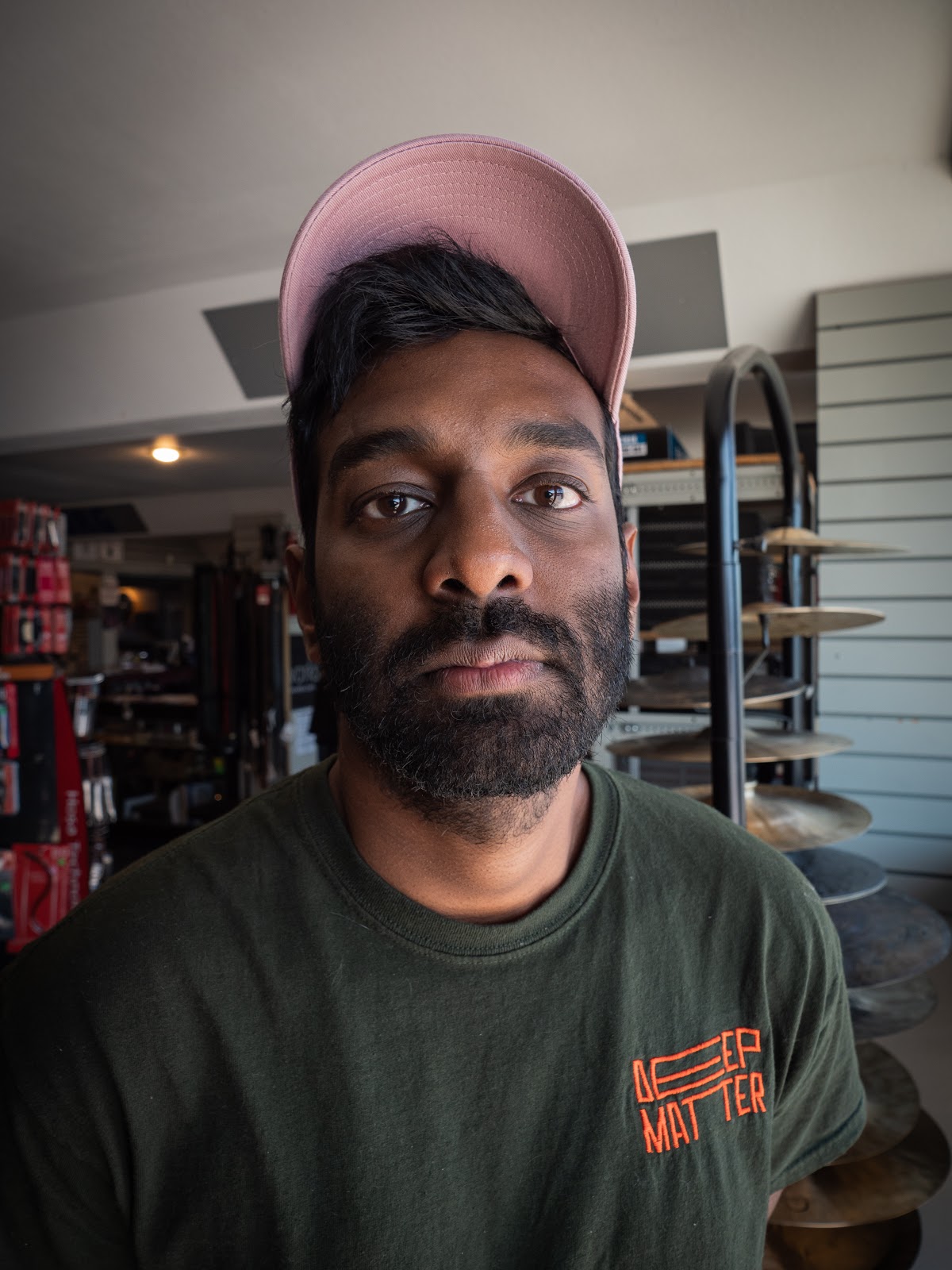 Since moving from France to the United States, rapper Abhi The Nomad has toured the country multiple times, performed at SXSW and Austin Music Awards, and developed a following powered by Austin’s enthusiastic music scene.

Abhi The Nomad found inspiration after hitting rock bottom while living in France to write his debut album “Marbled,” which was released in 2018.