Morgan Kuehler reports from the Radio, Television and Film department at the University of Texas at Austin where Andres Torres, a Colombian documentarian, has started his filmmaking career. 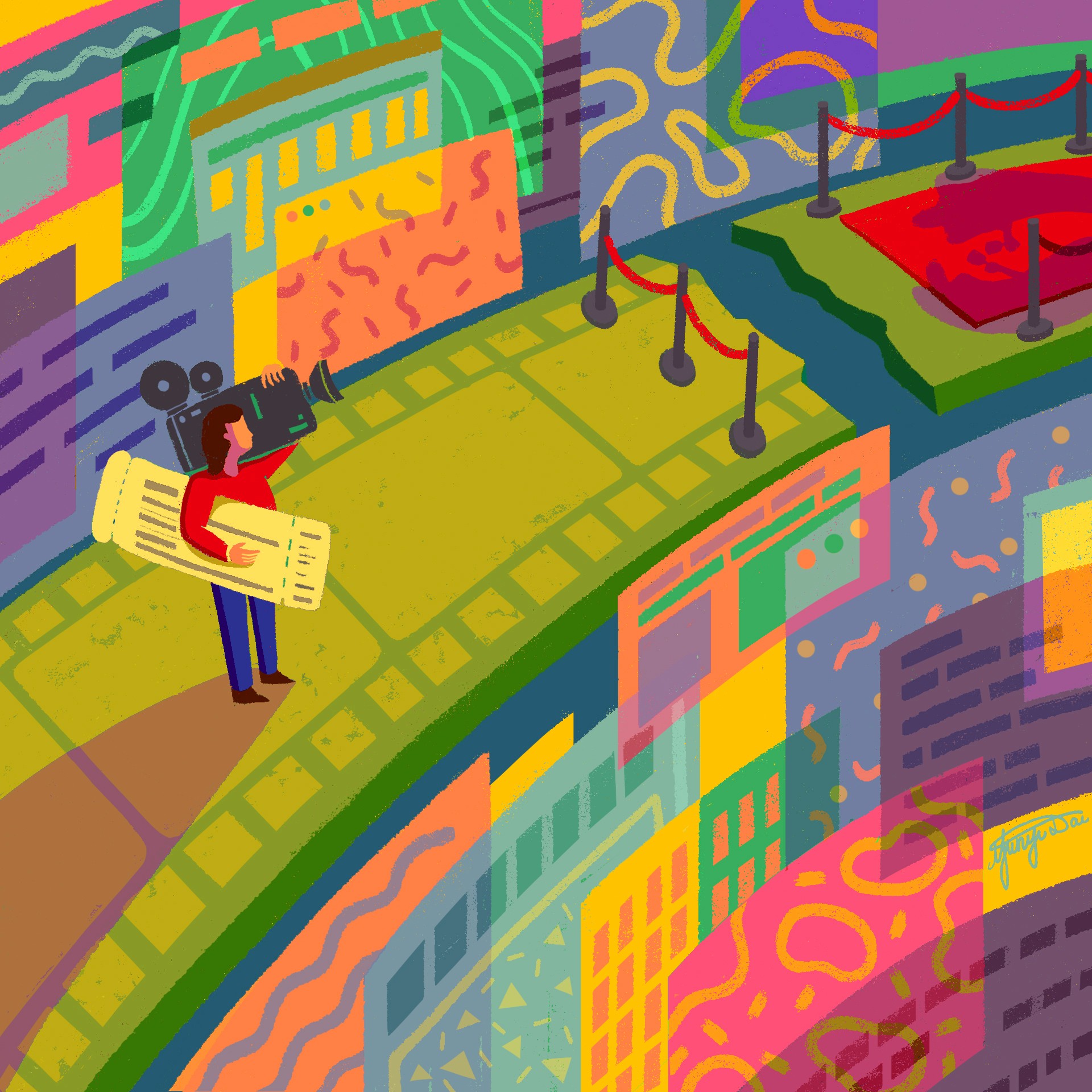 CHANGING LENS: A COLOMBIAN FILMMAKER’S JOURNEY TO THE BIG SCREEN

Andrés Torres was a promising documentarian in his native Colombia. He could have gone to any film school, but choose to come to the University of Texas at Austin to build a foundation for his filmmaking career.

Changing Lens: A Colombian Filmmaker’s Journey to the Big Screen

Before coming to Austin for his master’s degree in fine arts, Andrés Felipe Torres had never seen any of his films on a big screen.

Torres is a documentarian from Bucaramanga, Colombia who was accepted into film programs all over the world. He chose to come to the University of Texas at Austin because it was willing to offer financial support.

Torres left his Colombian hometown seeking greater artistic freedom. In film school, he would be able to learn from prestigious faculty with real hands-on experience in the industry. And despite all his filmmaking experience, Torres was not immune to racial stereotypes and biases that so many immigrants face.

He noticed the inequalities between the rich and poor. At his first job as a gardener and handyman for a wealthy family, he was falsely accused of stealing.

“ I was more conscious about me being different and being treated different because I’m different from a different ethnicity,” he says.

Despite these experiences, Torres focused on becoming a better filmmaker.

In Colombia, Torres often found himself in risky situations making documentaries about indigenous people fighting for their land and capturing other human rights issues. Since coming stateside, his film work has included documenting the migrant crisis at the southern border.

Before Torres moved to Austin, Texas in 2015, he had never been to the U.S. His first semester in school was “just crazy,” he says, because he juggled a full-time job, graduate school and running his production company, Indigo Cine in Colombia, all while navigating a new cultural landscape.

During that time, Indigo Cine won a grant to produce a full-length feature documentary, a rare accomplishment for a first semester film student.

“Nobody wins a grant to make a feature documentary in your first semester of film school because technically you are here [in school] to learn and that’s what you do after you graduate,” Torres said.

The resulting documentary, “La Fortaleza” or “The Fortress”, is now complete. It follows a group of young Colombian men making a dangerous long-distance pilgrimage for their favorite soccer team’s away game.

“La Fortaleza” was picked for the 2019 Festival Internacional De Cine De Cartagena De Indias in Colombia, the biggest film festival in the country. The film also had an international premiere in 2019 and Torres was nominated for the best new talent award at another festival.

While Torres was being celebrated for his cinematography, he also struggled with some of the differences in classroom norms. Unlike the U.S., university courses in Colombia are conversational with more student involvement. They’re not as rigid and lecture-based.

“There’s a lot more room for discussions and controversy,” he says.

When a professor showed a documentary about the Gulf of Mexico in Louisiana that took him eight years to produce, Torres didn’t like it and felt comfortable critiquing it.

“I don’t know why all these white scientists are explaining to me what is happening to the communities. I want to see communities telling me… I mean the science cool. But, I want to hear what the people have to say,” he said to his professor.

While taken aback, the professor appreciated the candor and currently supervises Torres’ graduate thesis film. Torres and the professor laugh about what happened now.

While coming to the U.S. has opened up a new world of opportunities for Torres, he says that his life would be the same “but in Spanish” if he was back in Colombia.

“I wake up every day and make my breakfast,” Torres says. “I think about my writings, you know? Work on my stuff. If I go to the Greenbelt to read or swim, back home, I will go to some lake or pond to swim. But, the one thing I really appreciate about being here—it’s a different place that has taught me so much.”

Torres recently finished his masters and is about to start work in film production. Now, he will be able to keep living in the U.S. for another year without worrying about his immigration status. 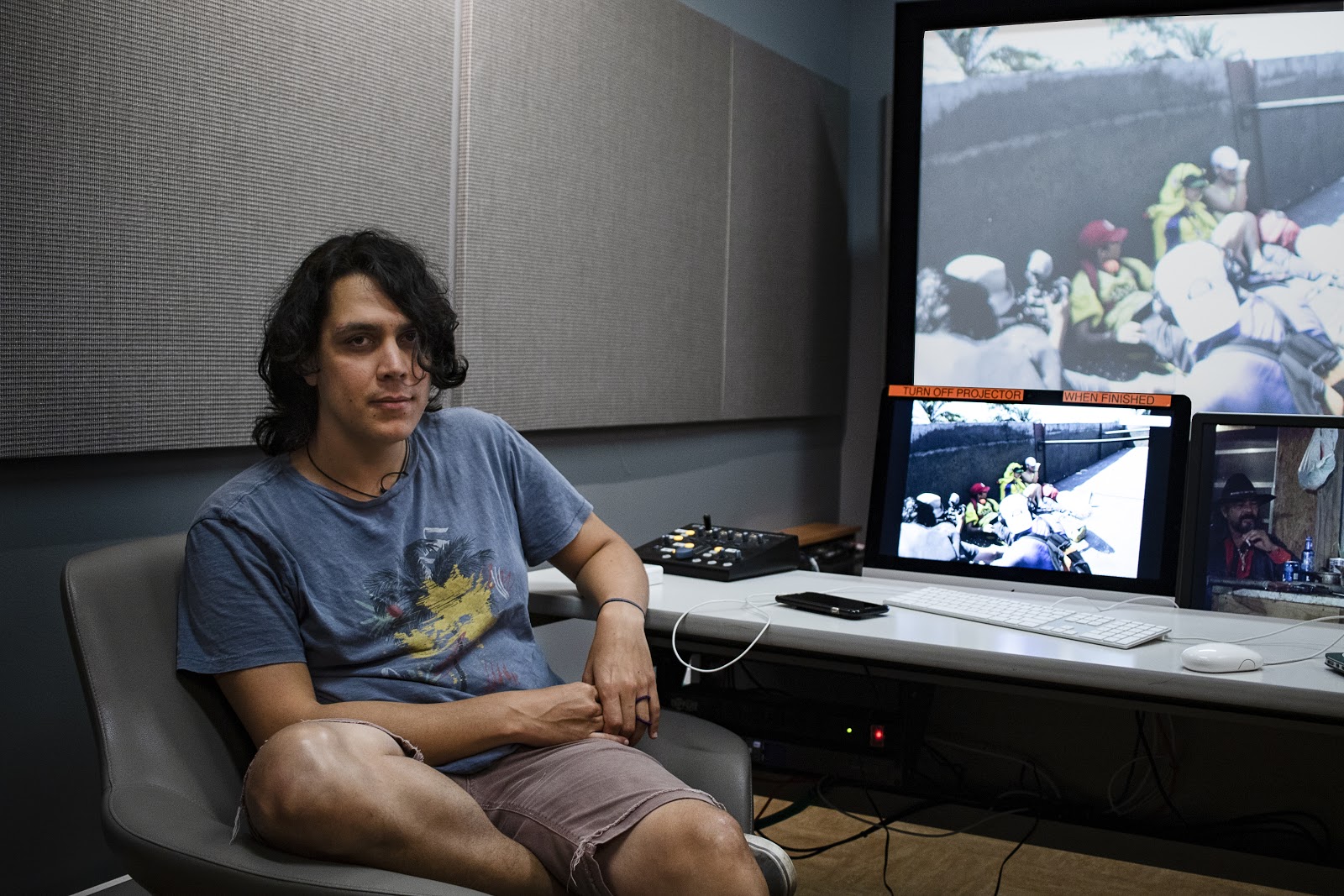 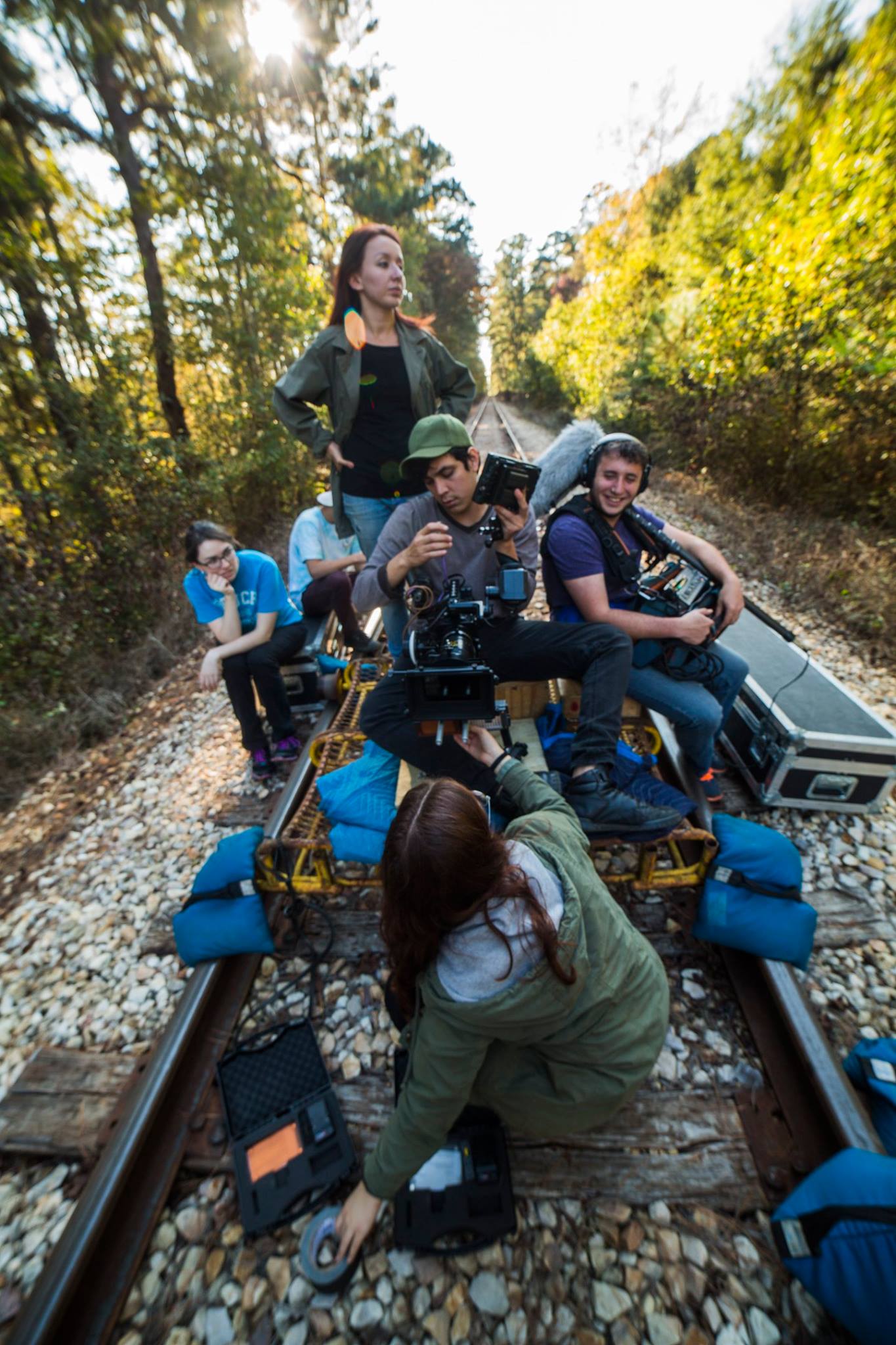 Andrés Torres as director of photography on location for an MFA student film.