Amarachi Ngwakwe reports from Danzversity studio in Austin, Texas. Raoul Kamela left Cameroon when he won the visa lottery to come and live in America. He now teaches dance to hold onto a piece of home. 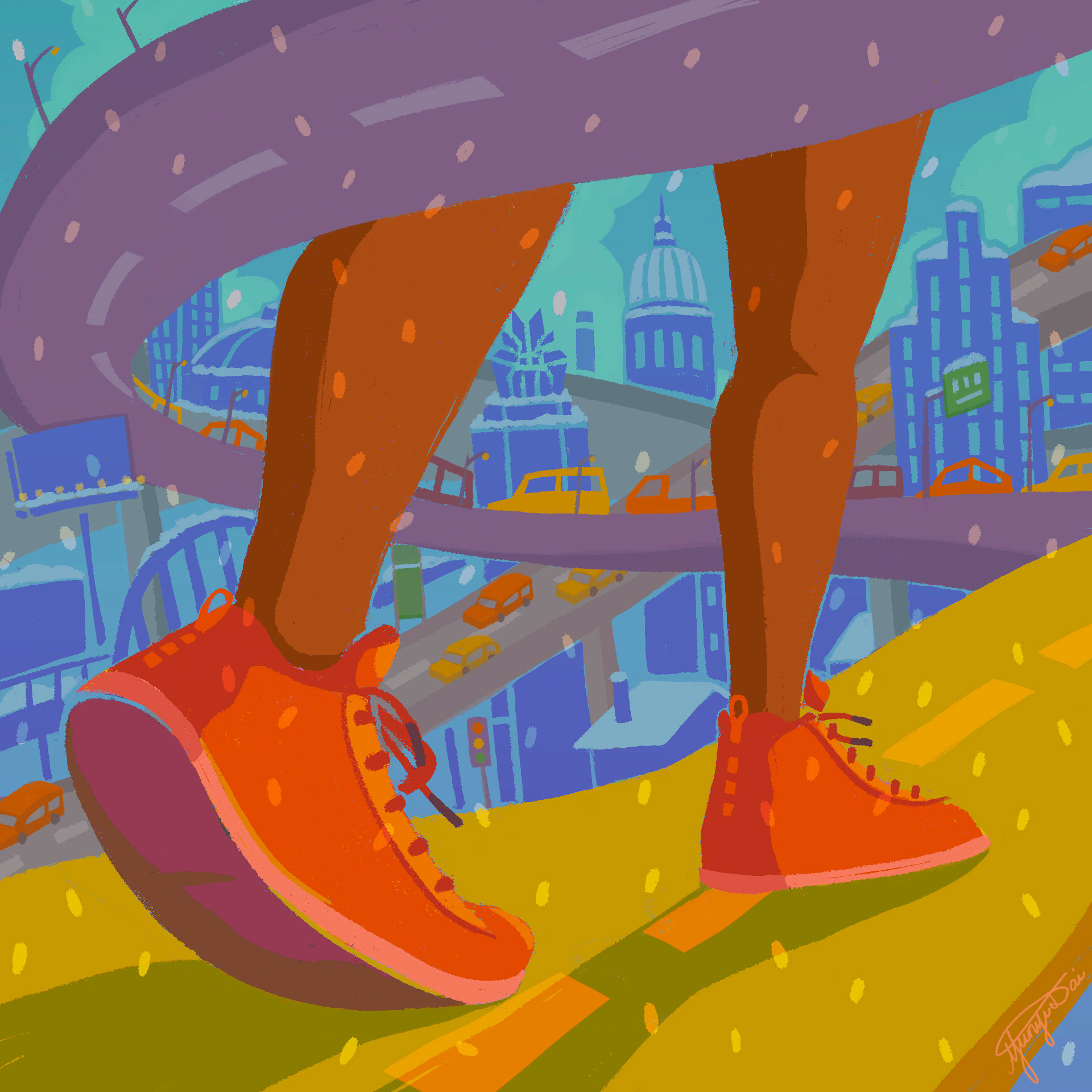 ROOTED IN THE RHYTHM: DANCER INFUSES CAMEROON INTO HIS LESSONS

After winning a visa, Raoul Kamela left Cameroon in 2015 to live in the United States. He now teaches dance to hold onto a piece of home.

Rooted In The Rhythm: Dancer Infuses Cameroon Into His Lessons

“Just imagine being cold during the summer.”

That’s what Raoul Kamela remembers of his first few days in Lubbock, Texas. A native to semi-arid climates, Kamela moved from Cameroon to Lubbock in 2015 after he won a permanent resident card. At 26, the age when most are starting their life, he uprooted his, leaving friends and family to move to a foreign place.

The Diversity Visa Program is a program for United States Permanent Resident Cards. The lottery, which is administered by the Department of State, aims to diversify the immigrant population in the United States. Annually, more than 20 million people apply for one of 50,000 cards.

Kamela won the visa lottery in 2013, after unsuccessful attempts the previous two years, and he knew he had to take advantage of it. In Cameroon, despite having a college education, Kamela had difficulties finding a job.

“Even if you are qualified, if you don’t know the right people, which was my case, you won’t find a job,” he says.

Coming to the U.S gave Kamela control over his future.

“America, it’s the country of the dreamers,” he says. “It’s a country where you can achieve whatever you can … if you put enough work.”

Kamela knew moving to a new country and adapting to a new culture would be challenging. To prepare, he watched American movies. He wanted to see how people lived and acted.

“I’m someone who is always curious by culture, by learning about other people,” he says.

When he arrived in Texas, many things surprised him.

“You get to the apartment complex, everyone is, like, shirtless,” he says. “Women walking around with bikini. I’m like, ‘OK, I’m definitely not back home anymore.’ … I’m like, ‘I’m out here being cold, and people are walking around naked.’ Like, why?”

Kamela says he had no idea how to react the first time someone smiled at him. But in time, he got used to it.

He’s currently a student at the University of Texas, but his real passion is dance.

“When I dance, I feel free. I would say no worries… Some people will go to alcohol to escape their problems. Mostly for me, it’s dancing.”

Kamela won his first dance competition when he was 3. However, when it came to picking a hobby, he felt like he didn’t have a choice. As a child, his mom always danced around the house, and he would follow along with her. As an adult, dancing allows him to stay rooted in his culture.

“The moves you execute in dances are attached to you,” he said. “They’re in your history. They are connected to Africa and so many other things.”

Before moving to the U.S., Kamela was a dance coordinator at his university in Cameroon. He knew he couldn’t make a living at it or help support his family. But Kamela held onto his passion for dance.

He started teaching dance classes a year ago after a director at Danzversity saw Kamela in a flash mob at South By Southwest.

He says dancing is an expression of a person’s culture and each dance, he says, tells its own story. So he teaches dances from his native Cameroon.
“When I dance, I feel free,” Kamela says. “Some people will go to alcohol to escape … if I have a rough day or a rough week and I can put [on] a beat and start moving around with it, this level of stress will go down significantly.”

While dancing allows him to stay connected to his culture, Kamela also sees his classes as a way to bring attention to Cameroonian culture.

Kamala is excited that African dance styles such as Afrobeats and Afro Decale are becoming more mainstream. He says the increasing popularity gives him hope for the future.

“Some stars like Janet Jackson, who have her video clip with mostly African, Afrobeats step — you have Chris Brown who did the same,” he says. “And like, it just makes me happy to see that Africa is getting there.” 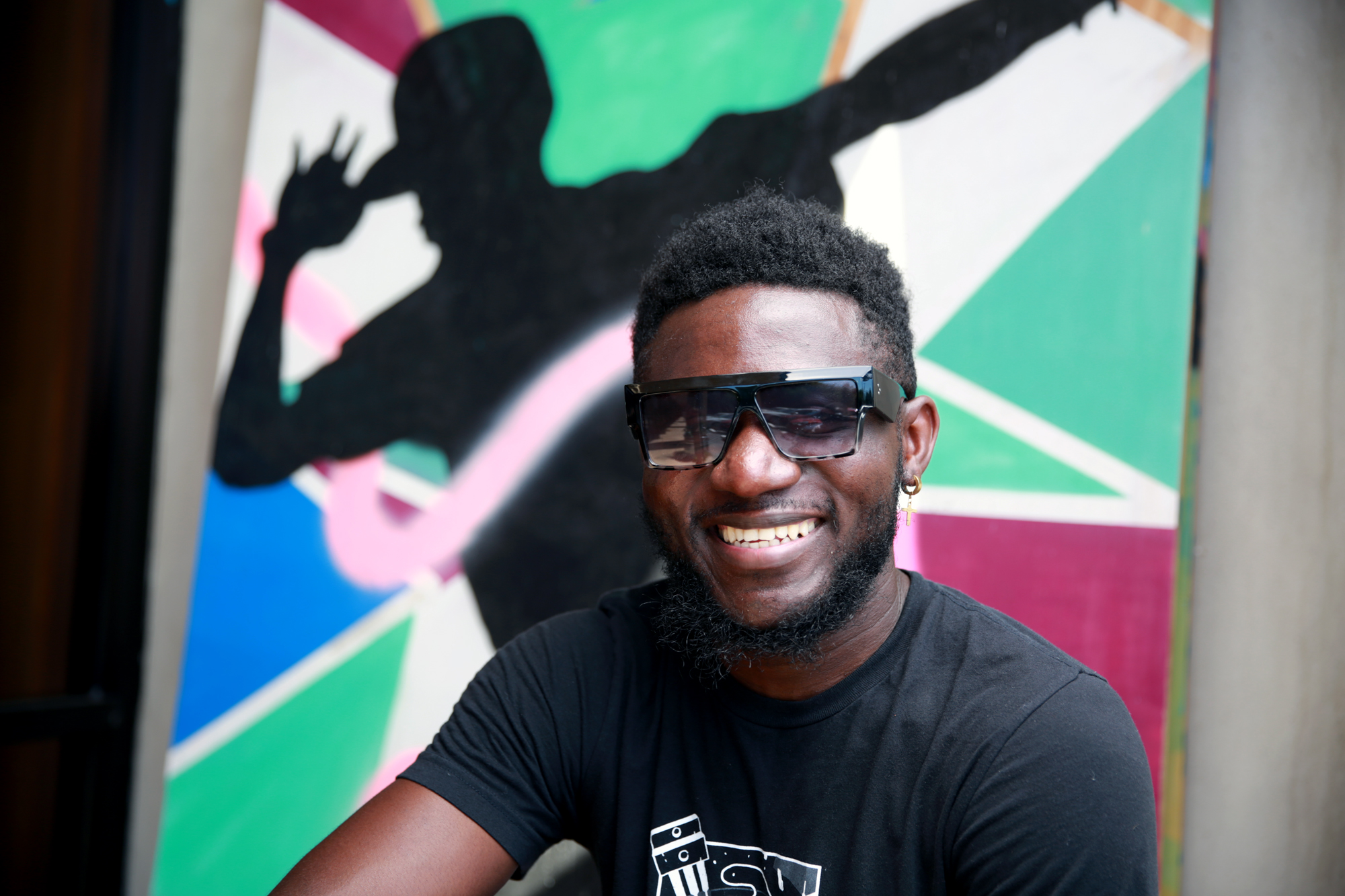 Raoul Kamela outside of Danzversity, where he has been teaching Afro Decale classes since 2018. 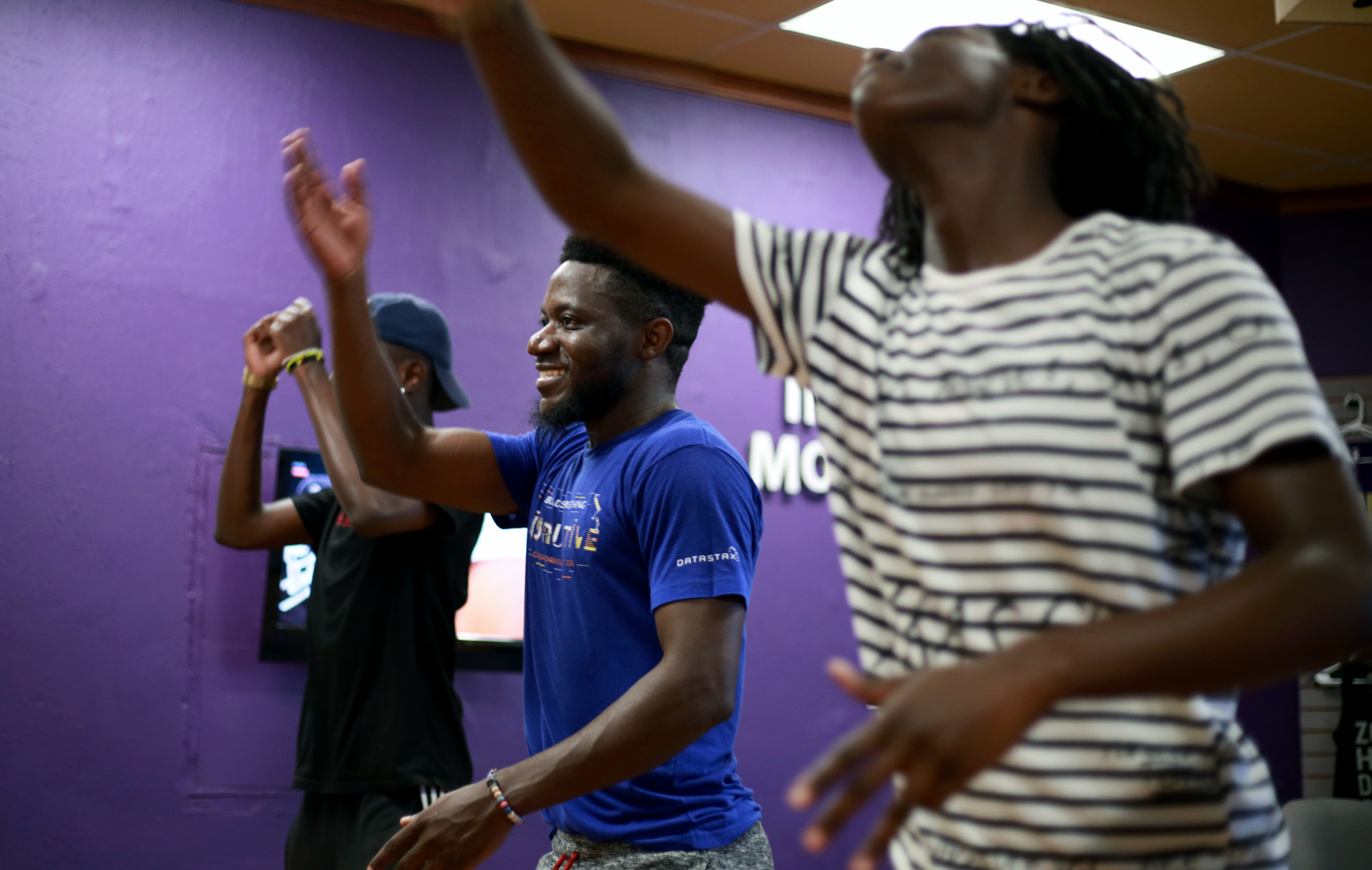 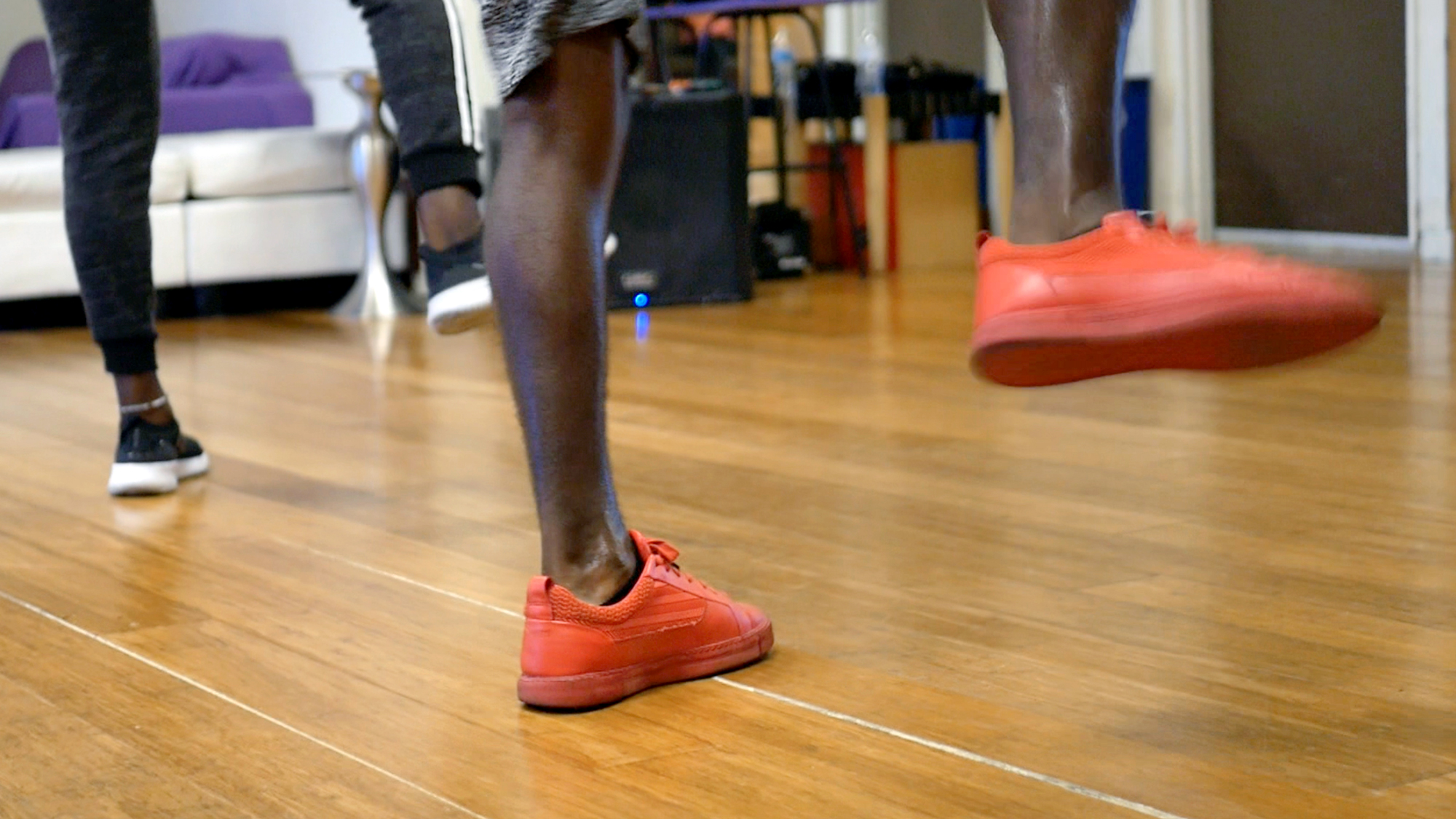