Geronimo Perez introduces Tai Chi Master Aiping Cheng who left a career of coaching and competing in China to give her daughter an education in the United States. 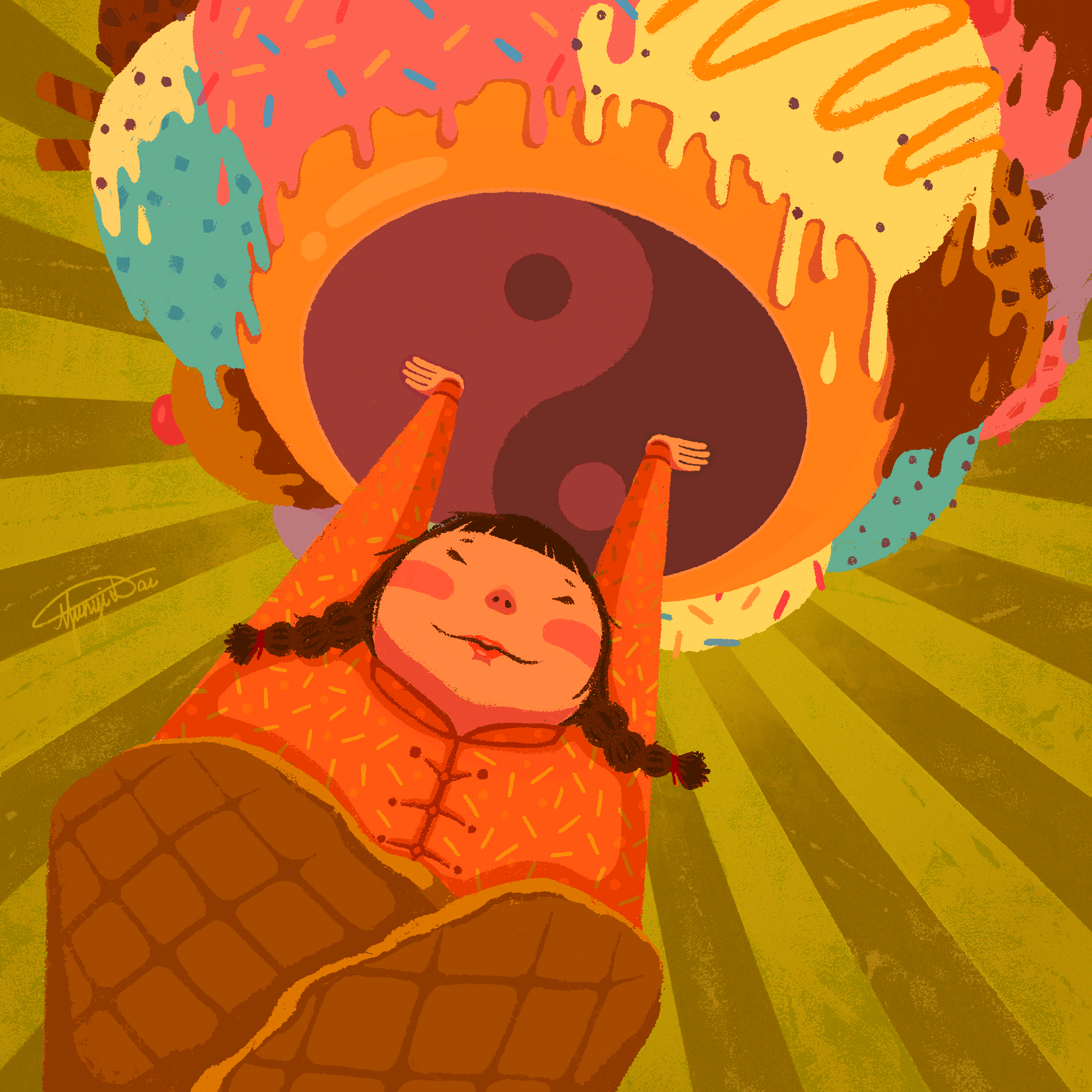 Aiping Cheng’s first journey to the US led to a permanent stay, decades later.

Master Aiping Cheng first came to the United States, not as an immigrant, but as a performer. Her skills in tai chi, a meditation in motion, and wushu kung fu, a traditional Chinese fighting style, earned her a spot on the Chinese national wushu team. They traveled to Washington D.C. in an act of ‘wushu diplomacy’ as China reopened relations with the U.S. in 1972, after decades of isolation. The tour brought her before President Richard Nixon, the heads of 15 other countries and a new swath of cultures.

Cheng did not know she was visiting her future home as the team traveled through New York City, San Francisco and Washington D.C. “I wanted to come [to the] United States because in first time coming, I have really good feeling about United States.” She was fascinated by the colorful clothing, the tall buildings and the copious amounts of ice cream.

The  visit garnered the attention of media outlets and drew sold-out crowds to their extravagant performances. Swarms of security protected her and the national team that included future Hollywood star: Li Lianjie, or Jet Li. They closed off entire hotel floors for the team. Members were warned to not consume half-done beverages for fear of poisoning. All of this was done in the name of cultural exchange.

A short time later, she returned to China.

Cheng’s skills in the martial arts only grew more refined. She helped set the international standards for competitive tai chi that are still used today. She and her students won gold medals all over Asia and the world. But the grind of creating champions took its toll. “If you do not get champion, then what you doing?” She loved the martial arts but not the grip of the state-sanctioned team. Instead of coaching, she would sit out at practices in protest.

Despite living in a controlled world, she was allowed to take another job at the state-run television station. Her visit to the United States and the thought of one day returning was still in the back of her mind. She dreamed of one day teaching again, but in the United States, and providing her young daughter with a good education.

In 1996, her opportunity arrived. She came to the United States at age 42. She knew no English and couldn’t drive a car. “Everything when you start in beginning, always difficult.” But her friends assured her — that with her ability, work ethic and personality, she could make it despite the obstacles.

She arrived on the West Coast but a Chinese couple on the East led her to Connecticut. She found camaraderie as she settled with a Buddhist community in New Haven. Her teaching career began with lessons in the park and church halls. She taught through her movements and simple words like, ‘Up, right, left, down, forward, backward.’ “The body is language, so when I doing, people follow me, I do not talk a lot, people follow with me doing the movement first.”  And just like she didn’t know the U.S. would eventually become her home, she didn’t know one of her first students would eventually become her husband.

Her future spouse, Bob Lepper, showed a passion for the martial arts and education. He worked at a private school and showed great concern for Cheng’s daughter, Sumi. He helped bring her to the country to fulfill Cheng’s dream. Their outings had a third wheel – a Chinese to English dictionary. They found a connection despite a linguistic gap.

Having coached for the national team back in China, Cheng was not used to accepting money for her services. “When I go teach, people give me money, I can’t move my hand out to catch the money.” She sooned learned American customs and the need to make a living. She obtained a visa of ‘extraordinary ability’ after over a year of anxious waiting. There was enough interest and demand for tai chi and wushu kung fu lessons that Cheng was able to open her own school, the ​The Aiping Tai Chi Center.

Cheng and her newly formed family sought to slow their life down. It was time to pump the brakes on the road of training. In 2017, Cheng and Lepper made their way to Austin, Texas to be close to Sumi, who had graduated from Rice University and started a family of her own.

Nowadays, one can find Cheng  giving lessons at the Asian American Cultural Center in north Austin. She trains other students to become instructors, participates in festivals and is invited to judge competitions. Her life has been devoted to the martial arts and the philosophy behind it. “For tai chi meaning – simple way to say – about balance.” The barriers of cultures were not a strong as her determination to obtain a fruitful life. 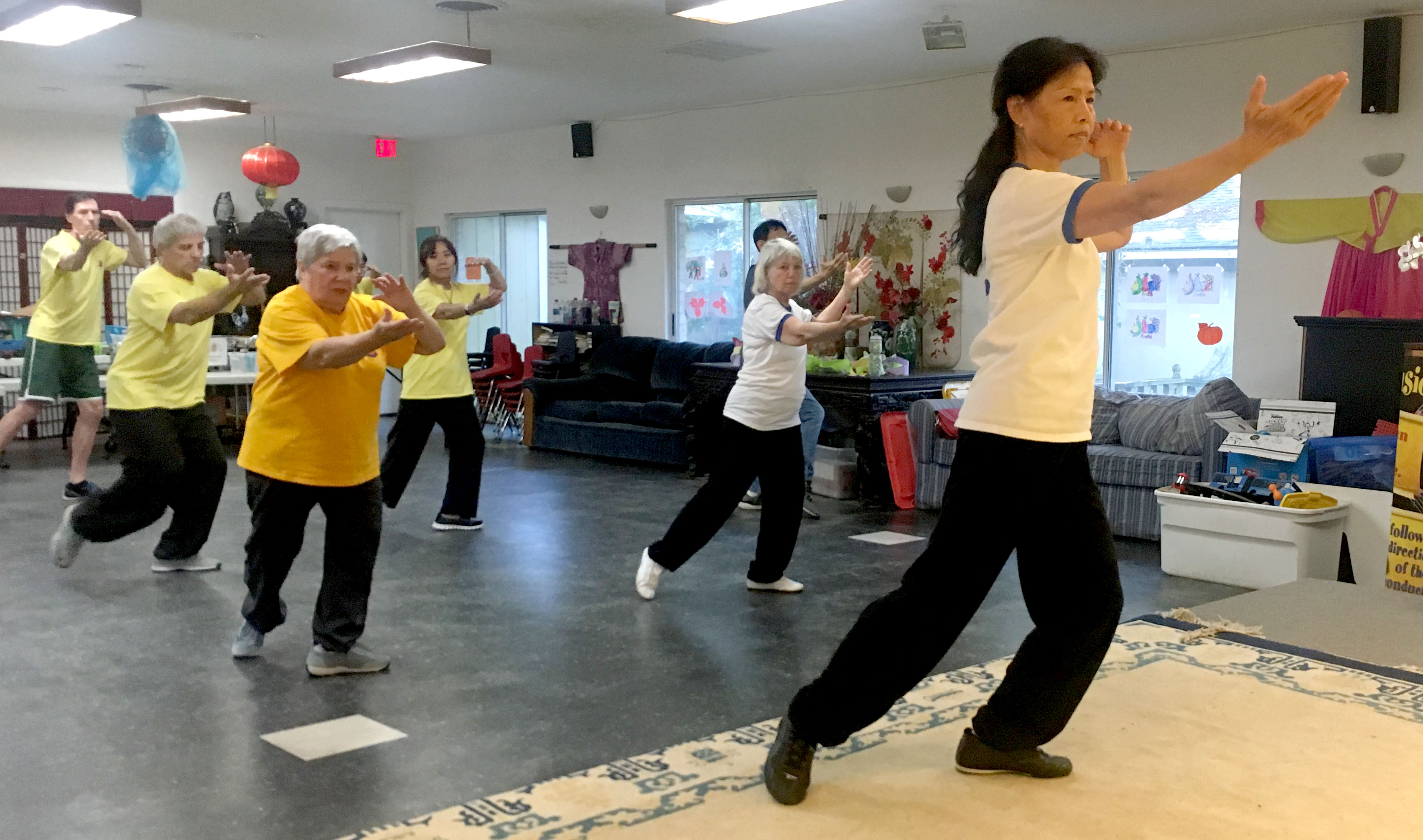 Aiping Cheng leads her tai chi class at the American Asian Cultural Center in Austin, Texas on Aug. 13. She is a former professional wushu kung fu athlete, who visited the US in 1974 as part of a diplomatic delegation. Cheng moved to the US in 1996 to teach tai chi. 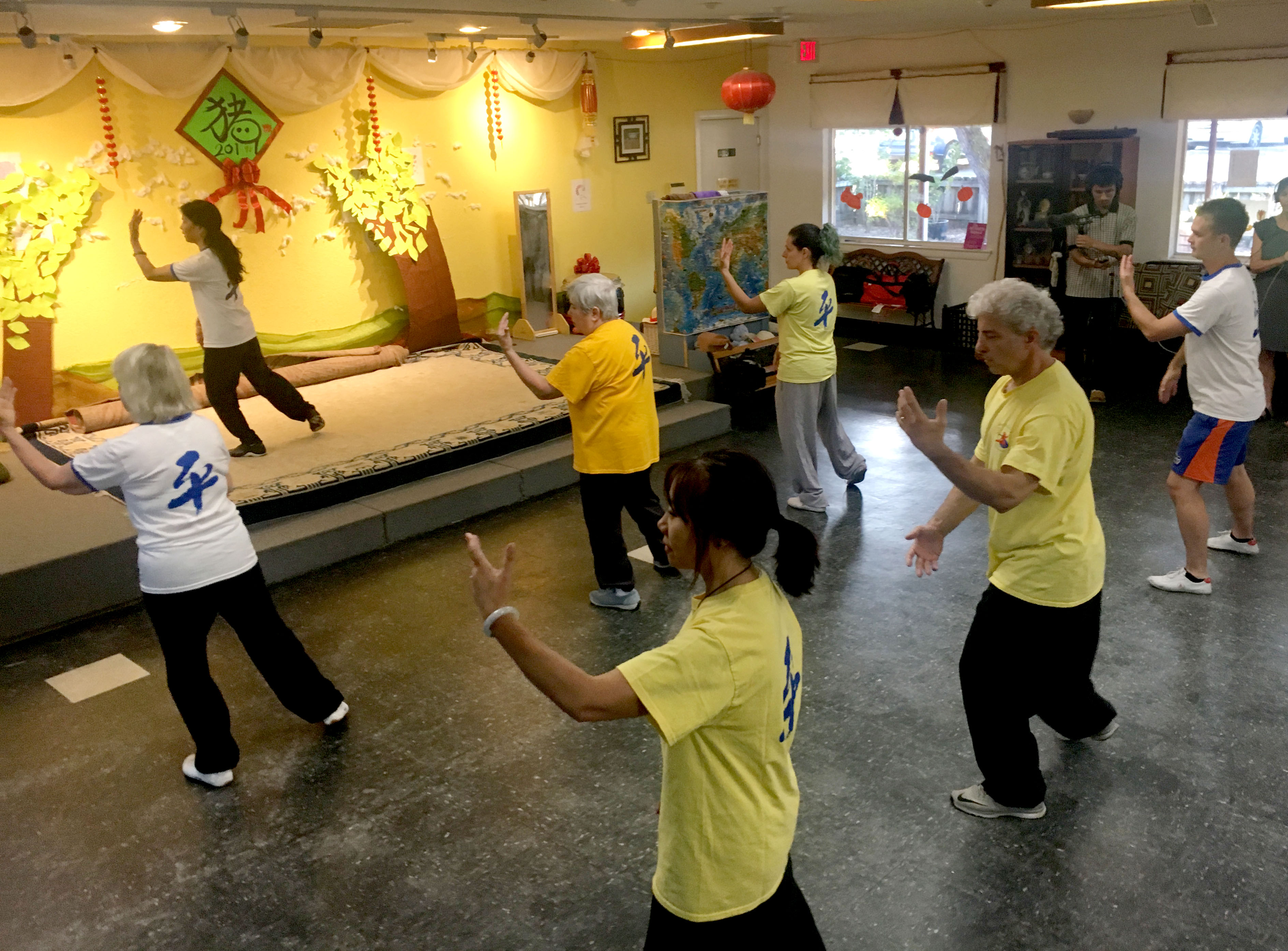 After living in Connecticut for almost 20 years, Cheng and her husband, Bob, moved to Austin in 2017. Cheng teaches at 6:30 and 7:30 pm every Tuesday and Thursday at the center.